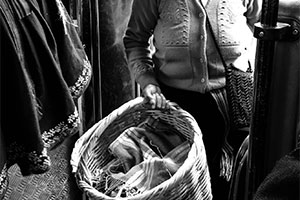 10 female aphrodisiacs you havent heard of

Today’s fast paced lifestyle is all about little to almost no exercise, poor eating habits and a ton of stress which greatly contributes to lowered female libido. Other affecting factors include menopause, anxiety, hormone imbalance or pregnancy that may contribute to a low sex drive.

The best advice to females experiencing a diminished sex drive is changes in their lifestyle; taking time to meditate and exercise, eating a diet rich in nutritious whole foods and including a dietary change that directly affects sexual energy: female aphrodisiacs. Often women are too embarrassed to seek help and the others who are willing to, aren’t interested in consuming medication or drugs.
However, what is interesting to note is that your pantry may contain natural aphrodisiacs that improve libido by increasing the blood flow, reducing stress and positively affecting neurotransmitters.

Synthetic vs natural aphrodisiacs for women

It is indeed a blessing that pharmaceutical/ medicine companies haven’t cracked the code for boosting female libido or sexual performance. While there are chemical laden aphrodisiacs in pharmacies, they often end up doing more harm than good.
With side effects of synthetic aphrodisiacs ranging from headaches, fainting to serious ones such as suicidal tendencies, tremors, irregular heartbeats or mental disorders, there is huge risk attached to the aphrodisiacs that aren’t natural. Some of the side effects of the drugs have been linked to cancer in the female reproductive system or may even be completely ineffective. Unlike these prescription drugs, female aphrodisiacs have been used by females for centuries and have almost nil side effects that could harm women.

Benefits of natural aphrodisiacs for women

One of the main factors that affect female libido is the imbalance of sexual hormones which usually happens with increase of stress, those over the age of 30, or menopause. The right natural aphrodisiac helps in regulating the balance of hormones naturally, providing long term help, and helps keep sexual ability and interest healthy.
The next factor is sexual interest which is needed to have a fulfilling sexual experience with a partner. Natural aphrodisiacs help women’s brain generate arousal signals that are needed to create sexual excitement, without unwanted side effects.
Vaginal dryness or painful/lack of sensations caused due to aging can also contribute to lack of sexual desire. Natural aphrodisiacs stimulate the flow of blood natural in the intimate regions, hence combatting vaginal dryness and creating an exciting yet comfortable sensation that a female is supposed to have during intimacy and then fulfillment after natural climax. Here are the 10 top natural female aphrodisiacs:

• Tongkat Ali (Eurycoma longifolia)
This is a flowering plant which is found in Malaysia, Thailand, Laos and Vietnam and the root of it is known as one of the best female aphrodisiacs. By restoring the balance of hormones, Tongkat Ali not only restores energy and keeps fatigue away but also the testosterone boost that it provides, increases the sensitivity of the erogenous zones and sexual desire in women.

• Maca
This native South American herb has been used from the time of the Inca’s. The consumption of Maca root can positively affect female libido in many way by decreasing menopause symptoms, enhancing energy levels and directly increasing sexual satisfaction and libido in women. This powerful aphrodisiac is loaded with iodine, essential fatty acids and zinc which helps maintain a healthy mood, making arousal easier to achieve.

• Yohimbe
This native West African aphrodisiac is a plant bark, whose extracts are used to increase sexual excitement by increasing the flow of blood to the vagina. The increase in female libido makes for a greater chance of complete sexual satisfaction and is also referred to as the herbal Viagra.

• Muira Puama
This Brazilian native plant’s bark and root have been used to treat female related health issues for centuries. It decreases stress, increases sexual desire and the enjoyment of intense orgasms for both post and pre-menopausal women. Also known as potency wood, this aphrodisiac is great for overall female reproductive health as well.

• Catuaba
Regarded as the king of aphrodisiacs by the Tupi crowd in Brazil, Yohimbine; the active component present, energises and stimulates desire and female libido. It also increases the level of dopamine in the brain which results in greater sensitivity to any form of erogenous stimulation, and regular use is said to heighten the intensity of orgasms and sexual satisfaction.

• Damiana (Turnera Diffusa)
The Southwest American native plant’s leaf is a highly potent libido enhancer with the presence of terpenoids, phenolics, glycosides and flavonoids which contributes to a reduction of stress, and an increase in the flow of blood to pelvic areas. This increase in blood flow, enhances the sensitivity and leads to greater stimulation and sex drive in women.

• Suma root (Brazilian Ginseng)
This native South American herb helps aid female hormonal balance and raises libido. Estradiol-17beta, which is the main estrogen hormone during a female’s reproductive years, increases with the consumption of the Suma root and also aids in greater satisfaction and intense orgasms.

• Avena Sativa
Popularly known as oats, this natural aphrodisiac has been used by generations of women for its libido stimulating qualities. By freeing bound testosterone in the female body, Avena sativa increases vaginal stimulation and advances the emotional and physical desires for sex.

• Ashwaganda Root
This Indian native root is mentioned in the Kama Sutra (Ancient Indian book of love and sex), as a potent igniter of desire and passion. The Ashwaganda root is highly popular as a natural aphrodisiac as it helps by increasing the flow of blood to the clitoris, which helps in a more intensified orgasm, leading to a greater sexual experience.

Though some of these natural aphrodisiacs are quite potent, no miracle can be expected after just one consumption as results may vary from person to person. The use of natural aphrodisiacs should not replace a lifestyle filled with wholesome diet, stress management techniques and exercise as they all play a significant role in supporting female libido and sexual health.

http://www.naturaltongkatali.com/
Simon is passionate about natural herbs especially the type of herbs which function as aphrodisiacs or has benefits such as testosterone boosting. He specialises in Tongkat Ali extract.