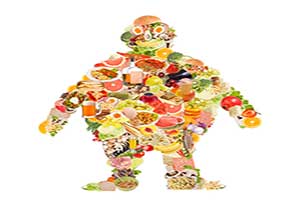 Obesity is increasing amongst our UK residents...

Obesity is increasing amongst our UK residents, and we are almost catching up with the American obesity population growth. According to HSCIC (Health & Social Care information Centre) the proportions of men that were overweight and obese were a 10% increase from 10 years ago with women following closely behind with an 8.6% increase. Apparently, stated by QOF (The Quality and outcomes Framework) has a prevalence to where you come from in the country also:

So what is obesity?

Obesity is when a person has a BMI (Mass Body Index) of 30 or more. BMI is worked out measuring weight in kilograms divided by the square of the height in metres (kg/M2). Underweight are considered under 18.5, normal weight 18.5 - 25, overweight 25 - 30, and morbidly obese 40 and above.
Sometimes, it is difficult to distinguish between body fat and mass due to muscular physique, or for the distribution of fat. Therefore, waist circumference can be used to distinguish being overweight. Here are the results so get your tape measure out:
For women, above 80cm is high (above 88cm is obese).
For men, above 94cm is high (above 102cm is obese).

So why is it such a problem?

If they are happy, why not leave them to it? Well, it is putting a huge strain on the NHS as it increases the risk of many chronic and serious diseases such as heart attacks, type 2 diabetes, hypertension, Angina, cancer of the colon, gall bladder diseases, ovarian cancer, osteoarthritis, strokes and damage to the joints. The NHS explains that in 2011-2012, there were 11,736 hospital admissions due to obesity which was over 11 times higher than during 2001-2002. Of these, 53% obese men and 44% obese women were all found to have high blood pressure.

One of the reasons is the access to cheap, high energy food which is often aggressively marketed to all age groups. Another factor could be peoples lifestyles and jobs are much less active than in the past and many leisure activities such as watching television, playing video games and browsing the Internet are usually done sitting down. Also people just dont walk like they used to, preferring to take the car or public transport.

Is there a gene that can make you fat?

Im afraid there are quite a few. For example MC4R gene is a strong obesity candidate significantly associated with energy intake and expenditure. It is associated with higher intakes of total energy and dietary fat, as well as greater snacking in children and adults, greater hunger and a higher prevalence of eating large amounts of food. Basically what this means is that the gene receptors are not listening to when the body is feeling satiated. For people like this, it is recommended to have a high vegetable and low calorie diet, and reducing the amount of fat they eat as the average amount of dietary fat will not satisfy as it would normally. Also suggestions such as turning off distractions while eating, and drinking a large glass of water before each meal may help them feel fuller. Another example is the FTO gene which has been suggested that it plays a role in appetite regulation and is associated with energy expenditure, energy intake and diminished satiety. This gene has been associated with higher BMI, body fat percentage and waist circumference, especially in individuals with a sedentary lifestyle. Overweight individuals with the FTO gene are at increased risk for insulin resistance and diabetes, especially when there is a high fat intake. If you are interested in investigating DNA testing further about your diet, health or how to improve your sports contact Jayne on 01273 300203 or email enquiries@reachfornutrition.co.uk.

So what can we do?

There are many researches that say a mixture of, people attending group sessions aimed at changing eating and exercise patterns, keeping daily records of food intake and exercise, and eating a specific low-calorie diet, the outcome is much more successful than any one miracle cure. Group sessions where participants are given information and help on how to make lifestyle changes appear to improve the chances of losing weight and keeping it off. Such changes may include shopping from a list, storing foods out of sight, keeping portion sizes under control, and avoiding fast-food restaurants.

A recent study of children fed beneficial microbes resulted in more weight loss, lower LDL (bad cholesterol) levels, triglycerides and oxidative stress markers than those tested on exactly the same diet without the synbiotics. Synbiotics are grocery products such as fermented and cultured foods such as kefir, buttermilk, yogurt, and unpasteurised sauerkraut containing probiotics. Vegetables such as garlic, onion, and green peas, fruits such as bananas, nectarines, watermelon, and grapefruit, and legumes such as lentils and chickpeas, are all sources for prebiotic fibres.

Diets that emphasise choosing foods with a low glycemic index, such as vegetables and whole grains, have been shown to help control appetite in some studies. I recommend adding lots of dietary fibre in the way of vegetables and fruit which adds bulk to the diet and tends to produce a sense of fullness, helping people consume fewer calories as well as nourishing the body.

Although the relationship between food sensitivities and body weight remains uncertain, chronic food allergy may lead to overeating and obesity, therefore check for food allergies, you never know!

As well as filling up on lots of vegetables, avoiding processed foods and unhealthy snacks, controlling portion sizes and getting the body moving are all ways I recommend to shift that weight and get you back to a healthy, disease free size you are comfortable with.

If you would like to speak to a qualified nutritional therapist or would like more information on any of the above information do not hesitate to contact Jayne Hopper
Web Www.Reachfornutrition.co.uk
Twitter @NutritionReach
Email enquiries@